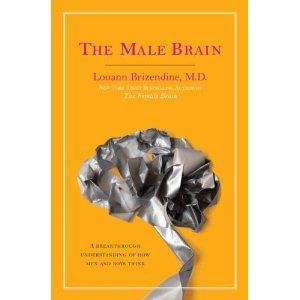 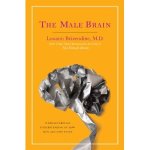 When I told my wife I was reading The Male Brain, she laughed, “That’s a short book.” Others have joked about the anatomical location of the male brain. But in the companion volume to The Female Brain, Dr. Louann Brizendine demonstrates that the male brain is not simple, even if its thinking processes are closely tied to sex. The book is a real eye-opener into the current scientific understanding of how the male brain works, how it is tied to specific behaviors, and how it is different from women’s brains. The study is not limited to the male brain, however. It also examines “neuro-hormone characters” such as testosterone, vasopressin, Mullerian inhibiting substance, and oxytocin, among others.

Interestingly, the brain and its neuro-hormones are not a static entity; they act and react dynamically as a man grows and develops from infancy to old age. At different stages of life, the brain and hormones play different roles in a man’s life. And the influence of brain/hormonal activity is not one way. They influence male behavior, but they are also influenced by male behavior.

Apple has made the phrase, “There’s an app for that,” a byword. Regarding male behavior, we might say, “There’s a complex brain/hormonal process for that.” Whether it’s sexual drive, territoriality, the protective instinct, or the problem-solving mode, what men do exists in a symbiotic relationship with what’s going on in their brain.

As the parent of a male toddler, I read this book with keen interest, for it helped explain what is happening in my son’s development as well as what will happen as he ages.

As a man with a philosophical bent, the book took me back to college discussion of the relationship between the mind and the brain as well as the possibility of free will. If a man’s actions can be explained neuro-chemically, is he free or morally responsible for his actions?

Brizendine doesn’t reflect on these more philosophical questions, but in an appendix on the male brain and sexual orientation, she notes that one study found that “about 35 percent of sexual orientation is attributable to genetic influences, whereas the rest is due to as yet unidentified factors.” We are, to a significant degree, shaped by our biology, brain structure, and hormones. Shaped, but not determined. Somewhere in that other 65% is what makes uniquely human.

P.S. If this review was helpful to you, please vote “Yes” on my Amazon.com review page.