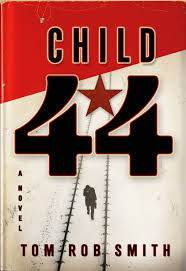 A serial killer haunts the western Soviet Union in 1953. According to Communist Party doctrine, such a crime cannot exist in a socialist country, where the State has eliminated inequality and poverty and hence the crimes that arise from them. To assert that a serial killer exists—let alone to track him down and seek his punishment—is thus a counterrevolutionary act, a crime that the State takes seriously and punishes severely.

Leo Stepanovich Demidov is a decorated hero of the Great Patriotic War and a loyal soldier of the MGB (predecessor of the KGB). Married, and with a promising career before him, he must confront a colleague and friend whose child is the forty-fourth victim of a serial killer whose very existence the State denies. Caught between his loyalty to the State and the evidence plain to anyone with eyes to see, Demidov dares to follow the truth and pursue a killer who must be stopped, In the process, he reveals a horrifying truth about Soviet history that explains the killer’s actions.

In Child 44, Tom Rob Smith captures the contradictions, paranoia, and massive evil of the Soviet Union during Stalin’s final year. It is a riveting page-turner of a mystery, not to mention a complex meditation on what it mean to pursue justice in a fundamentally unjust society. This is the first volume in a trilogy—The Secret Speech and Agent 6 are the succeeding volumes—all of which are highly recommended.