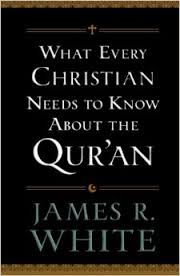 What Every Christian Needs to Know About the Qur’an presents an introduction to and a critique of Islamic scripture (Qur’an) and tradition (ahadith) as they touch on matters pertaining to orthodox Christianity. Author James R. White is a Christian theologian who has engaged in debates with Islamic scholars. As befits a scholar, White’s tone throughout is measured and reasonable, and his arguments are nuanced and fair-minded.

The first three chapters introduce readers to Muhammad, the Qur’an, and Islamic monotheism (tawhid). In these chapters, and throughout the book, White’s presentation hews closely to Islamic beliefs that are shared by all Muslims (Sunni and Shia). He bases his description of Muhammad’s life and early Islamic history in the Qur’an and ahadith. In other words, he utilizes the same sources that Islamic theologians utilize. This leads Christian readers directly to the textual sources of the Muslim faith and assures them that White’s critiques are based on authoritative texts Muslims themselves acknowledge.

The next four chapters focus on areas where the Qur’an and ahadith either misinterpret or contradict orthodox Christianity—or both. Chapter 4 demonstrates that the Qur’an critiques a Trinitarian doctrine that no orthodox Christian holds. Chapter 5 demonstrates the fundamental contradictions between what the Bible and the Qur’an say about Jesus. Chapters 6 and 7 turn to the doctrine of salvation, showing that Muslims deny that Christ died on the cross to graciously atone for people’s sins.

When Christians point out these misinterpretations and contradictions to Muslims, Muslims respond by claiming that Christians have “corrupted” their Bible, either by misinterpreting or rewriting the New Testament. The final four chapters thus turn to issues of translation, literary sources, and textual criticism. These are the most technical chapters in the entire book, but they also repay careful study. They demonstrate that Christians have not in fact “corrupted” their Bible and that the textual transmission of the Qur’an is not as clean as Muslims commonly believe.

For Christian readers, the effect of White’s overall argument is a shoring up of the intellectual defenses of their faith in Jesus Christ against Muslim assaults on the same. For Muslim readers the effect may be to raise a troubling question: Can we trust an allegedly inspired book that makes false statements about other religions and rests on questionable textual foundations?

I recommend What Every Christian Should Know About the Qur’an to both Christian and Muslim readers, though especially the former. We live in an age of great conflict between these two religious communities. Rather than focusing on a small minority of terrorists who commit violence in the name of Islam (against the wishes of the vast majority of Muslims, by the way), we should focus our critique on the doctrines and practices that all Muslims hold in common. Doing so is less exciting, perhaps, than the evening news, but it is also more helpful to the long-term project of winning Muslim hearts and minds.