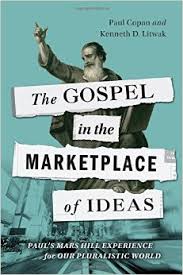 Among American evangelicals, it is a truism to say that America is fast becoming a post-Christian nation. The nation’s increasing diversity combined with the rapid rise of religious “nones” have resulted in a very different religious landscape than the one depicted in Will Herberg’s mid-20th-century classic, Protestant—Catholic—Jew, where those three religious constituted Americans’ religious choices. This new landscape requires evangelical Christians to adopt new methods in their evangelistic mission to the current generation.

Why? Because many of our methods assume that the people we are talking to agree with us on basic assumptions about the authority of the Bible, the nature of God, the necessity of atonement, and the reasonableness of faith. For much of American history, evangelism thus consisted of calling nominal Christians to practice a more authentic faith. In our increasingly non-Christian and post-Christian nation, however, it is unsafe to make any of those assumptions.

In their new book, The Gospel in the Marketplace of Ideas, Paul Copan and Kenneth D. Litwak examine Paul’s Mars Hill sermon (Acts 17:16–34) to see what insights the Bible itself supplies to evangelical Christians who wish to proclaim the eternal gospel in temporally relevant manner. Among Paul’s evangelistic sermon in Acts, the Mars Hill sermon best approximates our own cultural situation. Athens was a pre-Christian, pluralistic culture, whose religious and philosophical assumptions and practices differed dramatically from Paul’s. And yet, Paul found a way to speak meaningfully to the Athenians, affirming what he could in their culture, while providing a critique of those beliefs and practices that kept them from seeing their need for faith in Jesus Christ.

This dual-movement of Jesus-centered affirmation and critique will have a different flavor in 21st-century America, of course. But the logic of the approach will be the same.

As we follow Paul’s Mars Hill evangelistic methodology, we will find that some of our listeners will sneer, just as some Athenians sneered at Paul. But some will believe. It is for them that we must “become all things to all people so that by all possible means [we] might save some” (1 Corinthians 9:22).

P.S. If you found this review helpful, please vote yes on my Amazon.com review page.

One thought on “Review of ‘The Gospel in the Marketplace of Ideas’ by Paul Copan and Kenneth D. Litwak”