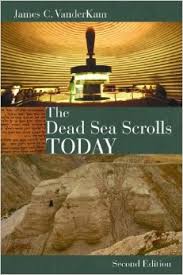 One of the greatest—if not the greatest—archaeological discoveries of the twentieth century was the finding of the Dead Sea Scrolls. These scrolls opened new windows onto the world of Second Temple Judaism, especially the theology and practices of the Essene community. Unfortunately, they also spawned an entire industry of conspiracy thinking and pseudo-scholarship that distorts popular understanding of the scrolls even to the present day.

The great merit of James C. VanderKam’s The Dead Sea Scrolls Today is that it lays out an intellectually responsible view of the scrolls in lucid prose for an informed, popular audience. Successive chapters describe the finding of the scrolls, the variety of manuscripts discovered, why the Qumran community was Essene, the theology and practice of the Qumran community, and the relationship of the scrolls to the Old Testament and the New Testament. A final chapter outlines the major controversies about the publication of the scrolls, providing a non-conspiratorial explanation for the delay in publication of some of them. Throughout, VanderKam’s presentation of the material is fair-minded and its organization logical and easy to follow.

If you know nothing about the Dead Sea Scrolls, I highly recommend starting with this book. It is an indispensable introduction to a topic that has great significance, not only for Jews and Christians, but also for anyone fascinated by the history of the ancient world.