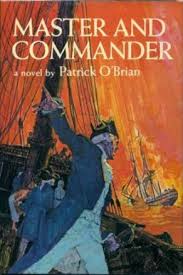 Several years ago, I read The Complete Aubrey-Maturin Novels, which begins with Master and Commander. They recount the exploits and misfortunes of Jack Aubrey, a rising British naval officer, and Stephen Maturin, his friend and ship’s doctor, across the globe in the first two decades of the Nineteenth Century. “The best way to think of these novels,” Patrick Reardon has written, “is as a single 5,000-page book.”

If you, like me, are a series reader, Master and Commander will suck you in. Set in the western Mediterranean, it follows Aubrey as he takes command of the sloop Sophie to harass Spanish and French merchant marine and navies alike. The battle sequences are well drawn, but most of the novel takes place in calmer seas and on land. O’Brian’s character studies are insightful: Aubrey and Maturin are almost perfect “types” of the choleric and melancholic humors, respectively. In addition to sailing (Aubrey’s expertise), the reader will be immersed to the natural philosophy of that era (Maturin’s expertise).

Master and Commander and the other novels in the series are pegged as historical fiction, and indeed the novels draw inspiration from British naval warfare in the Napoleonic Age. What is difficult to convey in a review is the sheer literary beauty of O’Brian’s prose. I am a fan of Bernard Cornwell’s Richard Sharpe novels. They are set in the same era as the Aubrey-Maturin novels, though they focus on the British army. But Cornwell is to O’Brian what Lee Child (of whom I’m also a fan) is to Tolstoy. O’Brian’s novels, in other words, in addition to being well told, attain to high literary art in a way that Cornwell’s do not.