In this book, Bruce K. Waltke asks a provocative question: “Is finding God’s will a biblical idea?” He concludes that it is not. Indeed, he claims that phrases such as “finding God’s will” and “seeking the will of God” reflect “a pagan notion” and amount to “divination,” which the Bible condemns. This is a strong claim, of course—perhaps a bit too strong.

On the other hand, Waltke is right to point out at least two faulty assumptions in the notion of “finding God’s will.” The first is that God makes His will difficult to know. When Christians become anxious about “finding God’s will,” they are implicitly saying that God hasn’t made His will known to them or that He is hiding it or that it is, in some sense, “lost” and in need of “finding.” But do such implications square with the character of God as revealed in the Bible?

“If we really believe in God as the perfectly loving Father,” Waltke writes, “we can do away with our notions of him as an almighty manipulator and con man who never quite lets us discover his will. God is not a magician or trickster. God loves us enough that he sent his Son to die on the cross to pay the penalty for our sins. So does it make sense that he would play games with his children, hiding his will?”

Another faulty assumption with “finding God’s will” has to do with people’s motivation. Waltke relates a conversation he had with a young man who was “seeking God’s will.” He says, “I asked that young man who his god is. Is it the Almighty God, who created us and in love sent his Son to die on the cross for us? Or is it personal success, with the right car, the perfect home, and the ideal job? God is more interested in my holiness than in my success.”

I once saw an Instagram meme with the first of Campus Crusade’s “Four Spiritual Laws” printed in the foreground: “God loves you and offers a wonderful plan for your life.” In the background was the picture of a Christian facing lions in the Roman Colosseum. It’s a funny way of making a serious point: Sometimes, God’s will for His people involves suffering, pain, and even death. As Paul wrote in Philippians 3:10: “I want to know Christ—yes, to know the power of his resurrection and participation in his sufferings, becoming like him in his death.” 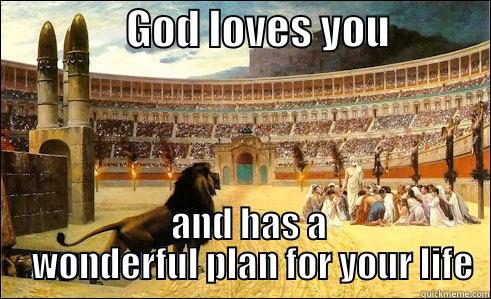 The antidote to “finding God’s will” is “following the guidance of God.” Waltke begins with the assumption that God reveals His will for us in Scripture. “What God desires from each of us [is] that we humbly think his thoughts; in this way we humbly learn to obey him.” Once we have learned God’s will from Scripture, we turn to what we desire to do. “God created you,” Waltke writes, “and if you have the mind of Christ, he shapes your perspective and character.” Often God leaves decisions up to the Christ-shaped choices of His followers. In that sense, Waltke affirms what Augustine wrote centuries ago: “Love God and do what you want.” After the Bible and personal desire, Waltke discusses “wise counsel” from others, “circumstances, “sound reasoning,” and “miraculous interventions.” People whose thoughts are shaped by Scripture, whose desires are formed in Christlikeness, who receive advice from godly believers, who make the most of the circumstances God has placed them in, who uses their brain, and who responds affirmatively when God miraculously leads them are following God’s guidance. They are doing God’s will.

As a Pentecostal, I read Waltke’s book with people in my “tribe” in mind. Pentecostals are Bible people through and through, but there are also restless people in our Movement who are always looking for the latest communiqué from God—a sign, a voice, a vision—about what to do next. Waltke’s book is a good counterbalance to that tendency, a reminder that Scripture is “the infallible, authoritative rule of faith and conduct,” in the words of the Assemblies of God’s Statement of Fundamental Truths. While Waltke—a Calvinist theologian—is open to miraculous interventions, my guess is that he would say that they happen less frequently than we say they do. Pentecostal readers need to keep this difference of emphasis and experience in mind as they read his book.

Still, I recommend Finding the Will of God: A Pagan Notion? It challenges faulty assumptions about “finding God’s will” and sketches an easy-to-remember framework for “following the guidance of God.” It would make a good resource for a sermon series on the will of God, though Pentecostals will want to tweak it here and there. Discussion questions at the end of each chapter make it appropriate for small group use too.

One thought on “Review of ‘Finding the Will of God’ by Bruce K. Waltke”