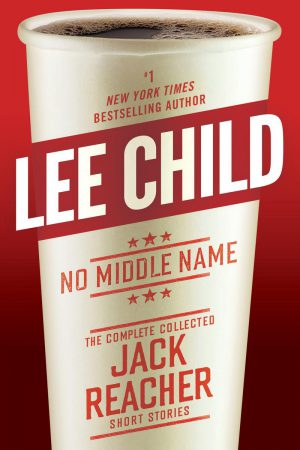 When I’m not reading books germane to my profession as a minister and religion journalist, I like to read mysteries and thrillers. At the top of my list of must-read authors is Lee Child, who has written twenty-one novels featuring Jack Reacher, as well as the twelve short stories contained in No Middle Name: The Complete Collected Jack Reacher Short Stories, just released by Delacorte Press on May 16.

The book contains one new story, “Too Much Time,” and eleven previously published stories, the oldest, “James Penney’s New Identity,” having been written in 1999. With the exception of “Too Much Time,” the stories start with Reacher as a youth and end in the present day. They are of uneven quality, in my opinion. “Too Much Time” is Lee Child at his best, as Reacher is arrested for a crime we all know he didn’t commit. “Maybe They Have a Tradition” and “No Room at the Motel,” both Christmas-time stories involving pregnancies, are, well, just okay.

The number one rule of fiction is the willing suspension of disbelief, which is especially important when reading Reacher stories of any kind. Reacher is a decorated, West Point educated, ex-military police officer who now travels the United States (and world) with little more than some cash, his passport, and a foldable toothbrush in his pocket. Along the way, he gets himself into scrapes with miscreants, whose crimes he detects and whose just sentence he metes out, often violently, even lethally. In other words, he’s a homeless sociopath whose rough justice happens to be directed at targets who had it coming.

What keeps you from thinking about Reacher’s shortcomings too long, in addition to the fact that the targets of his beatdowns are deplorable, is Lee Child’s prose, which I can only describe as kinetic. Child has a way of pulling you along word after word, sentence after sentence, page after page. He makes you want to know what will happen next because you’re right there with Reacher, who’s wondering that too.

If you haven’t read any Jack Reacher stories, I wouldn’t start with No Middle Name, which I generally liked. Start at the beginning with The Killing Floor. The novels will make you a fan. No Middle Name is for the already convinced.

_____
P.S. If you found my review helpful, please vote “Yes” on my Amazon.com review page.